The jury of the Olive Japan International Extra Virgin Olive Oil Competition has once again surrendered to the quality of Magnun Sess Premium and awarded it another Gold Medal, its third in three years. A limited edition and early harvest, this extra virgin olive oil has a strongly green profile with a predominance of leaf green and intense fruitiness.

One more Gold Medal and now we have been awarded 3 Gold Medals by the Olive Japan International Extra Virgin Olive Oil Competition. This competition, one of the most prestigious at international level, has recognized our Magnun Sess Premium extra virgin olive oil among the best.

This is the third Gold Medal that our limited edition has won in this Japanese competition, after three consecutive years – 2021, 2020 and 2019.

This recognition is a “further support” that encourages us to continue working very hard and with great passion to achieve olive juices of the highest quality.

More than 800 samples were submitted to the competition 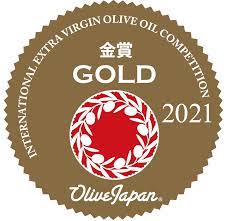 The 10th edition brought together more than 800 samples from 27 countries, representing the excellent qualities of the extra virgin olive oils produced in the world, “the best number since the 2012 edition,” say the organizers.

Among all of them, our limited edition stood out for its markedly green profile with a predominance of leaf green and intense fruitiness, resulting from the early harvesting of Picual olives. Its fresh notes of green grass and vegetables, such as tomato and artichoke; as well as its green and vegetable attributes, with final notes of pepper and green banana of great persistence, have been the “culprits” of such a coveted Gold Medal.

In fact, the prestigious jury of this competition – composed of personalities from the main olive oil producing countries, as well as from Japan, under the recommendation of the Olive Oil Sommeliers Association of Japan (OSAJ) – has valued the excellent quality of this elegant deep blue glass container that preserves intact the organoleptic qualities of the olive juice that resides inside.

The oil is becoming more and more popular in Japanese cuisine

The 10,000 liters marketed of this culinary whim are ready to seduce the palates of Japanese consumers, prone to the use of new products and new culinary fashions, especially foreign foods. And they will surely do so, because the vegetables that the Japanese eat share the same flavor origin and volatile components as olive oil. One of these aromatic compounds is “hexenal,” responsible for the green apple aroma of the Picual variety, which can also be found in soybeans and orange juice.

According to a study by ICEX Spain Export and Investment, despite the fact that consumption habits are expanding, as the proliferation of Western restaurants, especially Italian and Spanish, and their diversification towards segments of average purchasing power have facilitated the progressive popularization of the Mediterranean diet in the country, per capita consumption is still much lower than in other countries where it is not part of the traditional diet either.

The evolution of olive oil consumption in Japan is particularly favorable among middle-aged Japanese living in Tokyo or in large Japanese cities. In households, olive oil is mainly used to prepare dishes typical of Mediterranean cuisine and, above all, Western recipes based on cooked fish. However, its use for frying or cooking has not yet become widespread, since oils for this purpose are available at a lower price.

It is true that this raw material is beginning to be introduced in typical Japanese dishes such as tempura, although its use in Japanese recipes is still a minority.

The ICEX study stresses the importance of the olive oil market in Japan for Spanish olive oil producing companies. In the last five years, imports have increased by 22%, placing Spain at the top of the ranking in the Japanese olive oil market, with a market share of 48.5% compared to 43.3% for Italy, in terms of volume. However, Spain and Italy together account for 94.3% of total olive oil exports to Japan.

Spanish oils are very competitive as they have an excellent quality, in many cases better than Italian oils, and their prices are more competitive.