More than 700 extra virgins olive oils from different parts of the world participated in one of the most international competitions: Olive Japan International Extra Virgin Olive Oil Competition. Among them all, Magnun Sess Premium won a Gold Medal.

After hard work always comes the reward. At least, that’s what happened to us who, shortly after we started packing our liquid gold, decided to submit it to different international competitions.

On this occasion, we sent it to Japan, to the Olive Japan International Extra Virgin Olive Oil Competition, an event that every year brings together in the Asian country the best of the world’s olive oil.

This year, the result was very close due to the high competitiveness of the samples presented: more than 700 from 24 countries. Thus, in the 8th edition of this contest, the tasting panel proposed by the Olive Oil Sommeliers Association of Japan (OSAJ) did not have an easy time and its members -experts from several producing countries and Japan- had to consider the issue long before publishing the “verdict”.

The quality seduced the jury 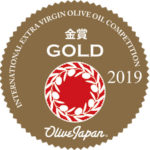 It was precisely the quality of Magnun Sess Premium that won over the jury of this renowned competition. This single-variety of Picual won a Gold Medal for its complex sensory profile in which green leaves predominate.

Intense fruity, this juice presents fresh notes of green leaves and vegetables, such as tomato, while in the mouth it shows the green and vegetable attributes already perceived in the nose together with final notes of pepper and green banana of great persistence.

This Gold Medal is a reward for the high quality of an olive juice that we carefully prepare for you!

Japanese market is very important for Spain. Since 2015, our country is the main supplier of this foodstuff and together with Italy, it shares almost 92% of total olive oil exports.

Although the emblem of the Mediterranean diet is growing in the consumption habits of the Japanese, they only eat 350 grams per person per year. However, this food is considered a healthy product, so they are willing to pay a little more, as long as it is of high quality.

A study made by ICEX Spain Export and Investment shows that Japan is the third non-European country and not a producer that imports more olive oil in the world (59,562 tons in 2018), equivalent to 2.8% of world imports of this product.

The same report states that the olive oil market in the country of the rising sun is very important for the Spanish companies in the sector because, as there is no national production, the dependence on imports is almost 100%.